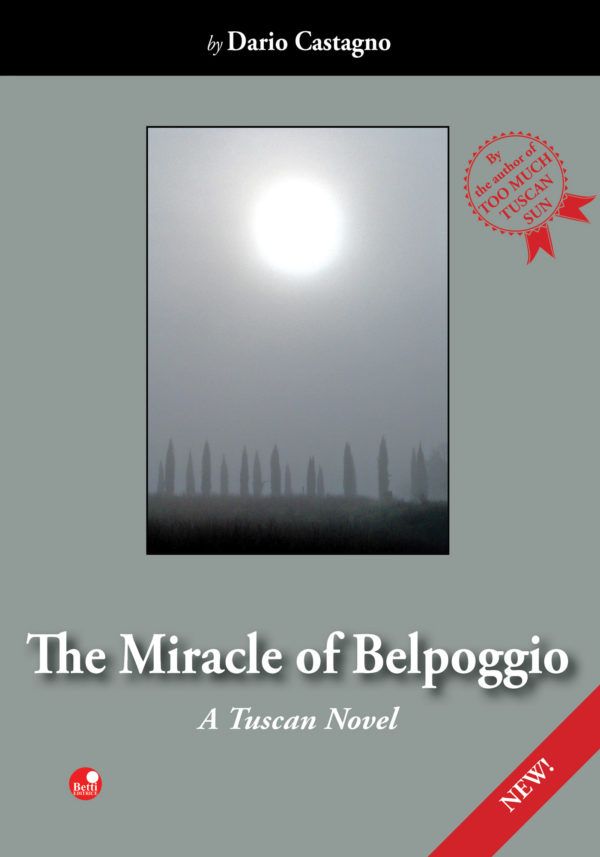 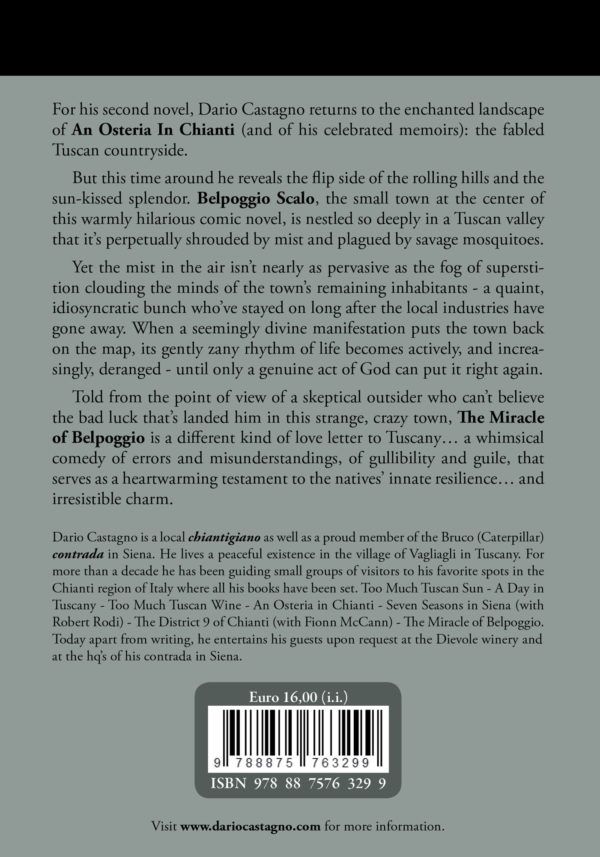 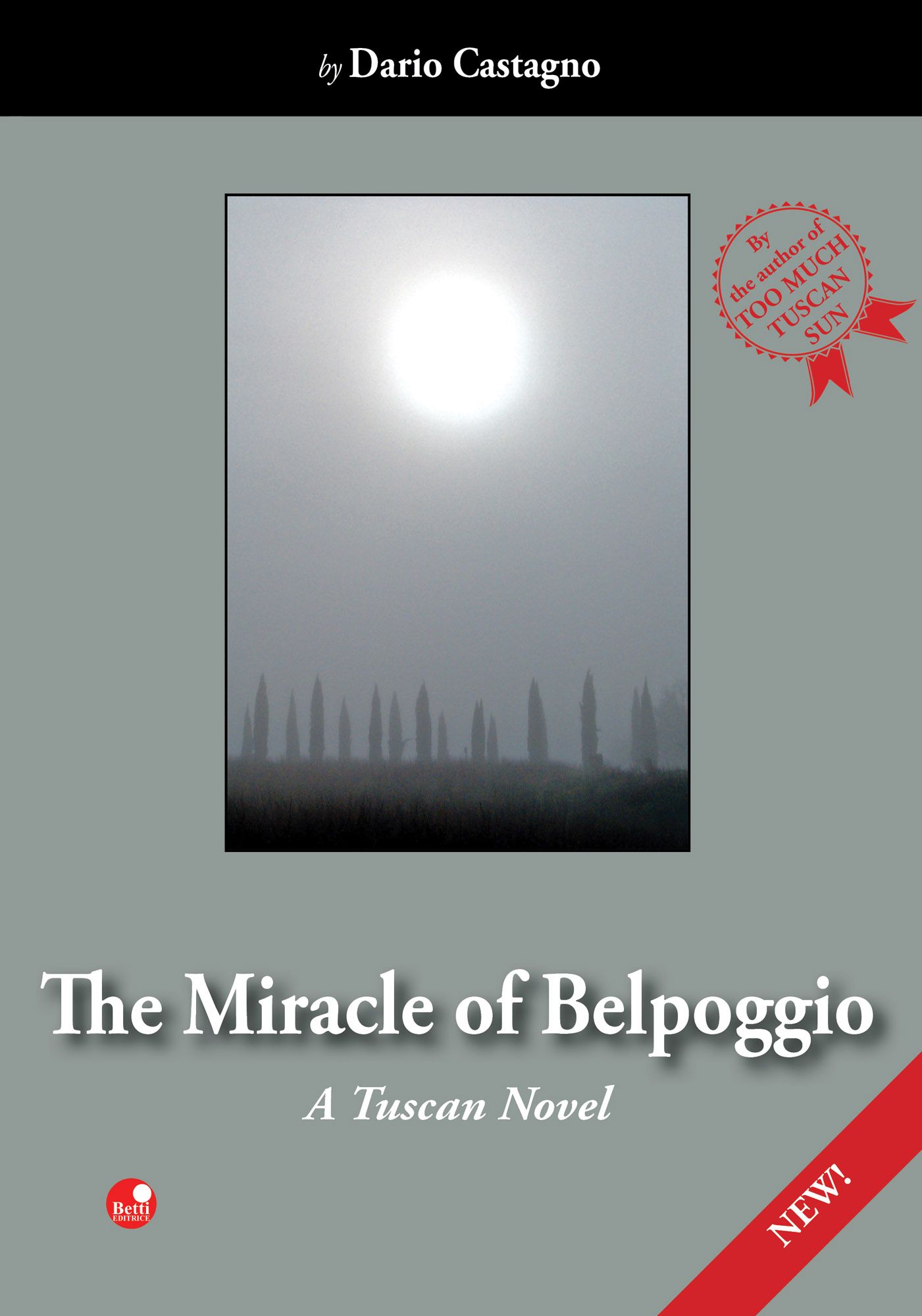 For his second novel, Dario Castagno returns to the enchanted landscape of An Osteria In Chianti (and of his celebrated memoirs): the fabled Tuscan countryside. But this time around he reveals the flip side of the rolling hills and the sun-kissed splendor.

Belpoggio Scalo, the small town at the center of this warmly hilarious comic novel, is nestled so deeply in a Tuscan valley that it’s perpetually shrouded by mist and plagued by savage mosquitoes. Yet the mist in the air isn’t nearly as pervasive as the fog of superstition clouding the minds of the town’s remaining inhabitants – a quaint, idiosyncratic bunch who’ve stayed on long after the local industries have gone away. When a seemingly divine manifestation puts the town back on the map, its gently zany rhythm of life becomes actively, and increasingly, deranged – until only a genuine act of God can put it right again.

Told from the point of view of a skeptical outsider who can’t believe the bad luck that’s landed him in this strange, crazy town, The Miracle of Belpoggio is a different kind of love letter to Tuscany… a whimsical comedy of errors and misunderstandings, of gullibility and guile, that serves as a heartwarming testament to the natives’ innate resilience… and irresistible charm.

Let’s colour the Via Francigena 1

Life in the castle – Monteriggioni

Monteriggioni and its territory