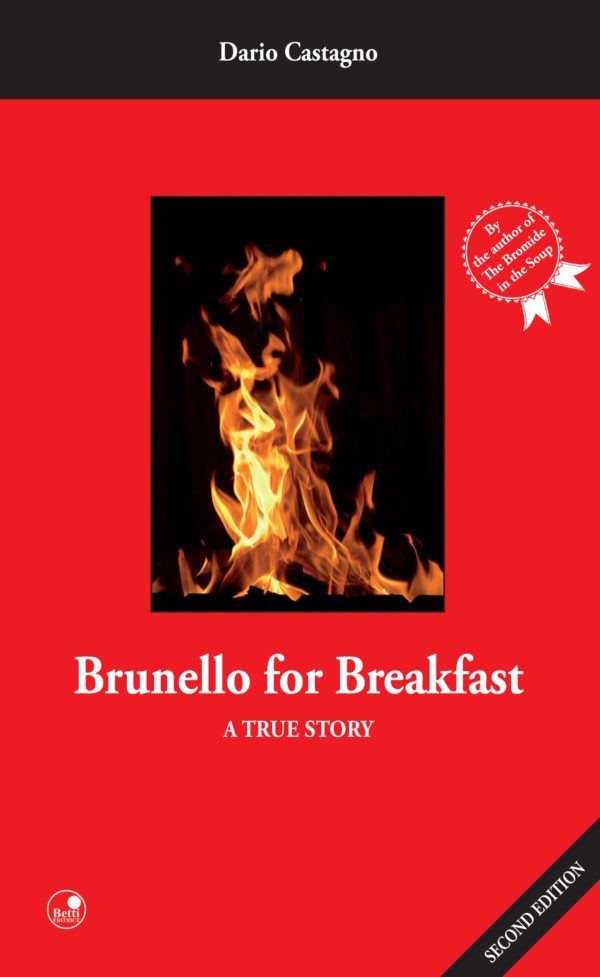 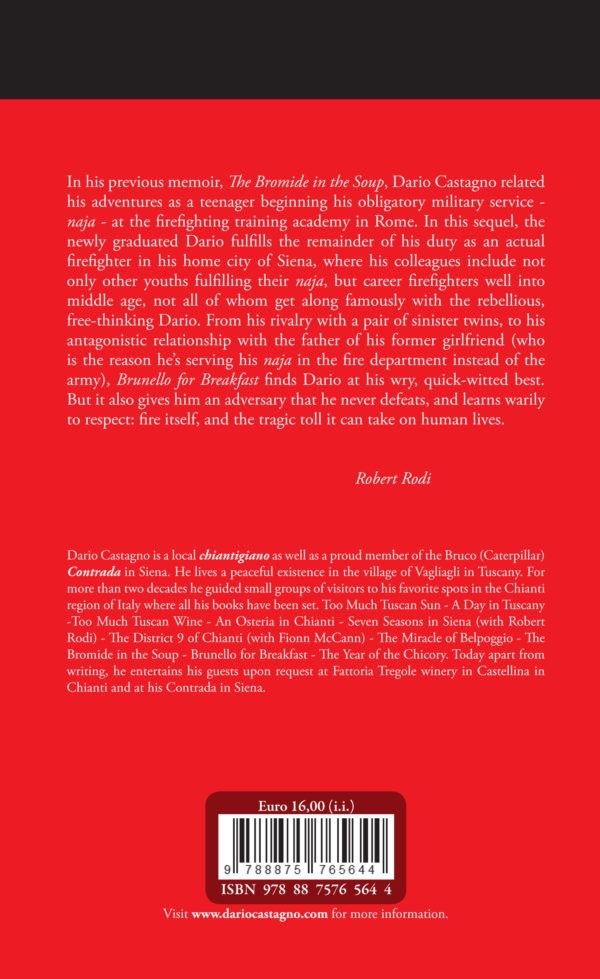 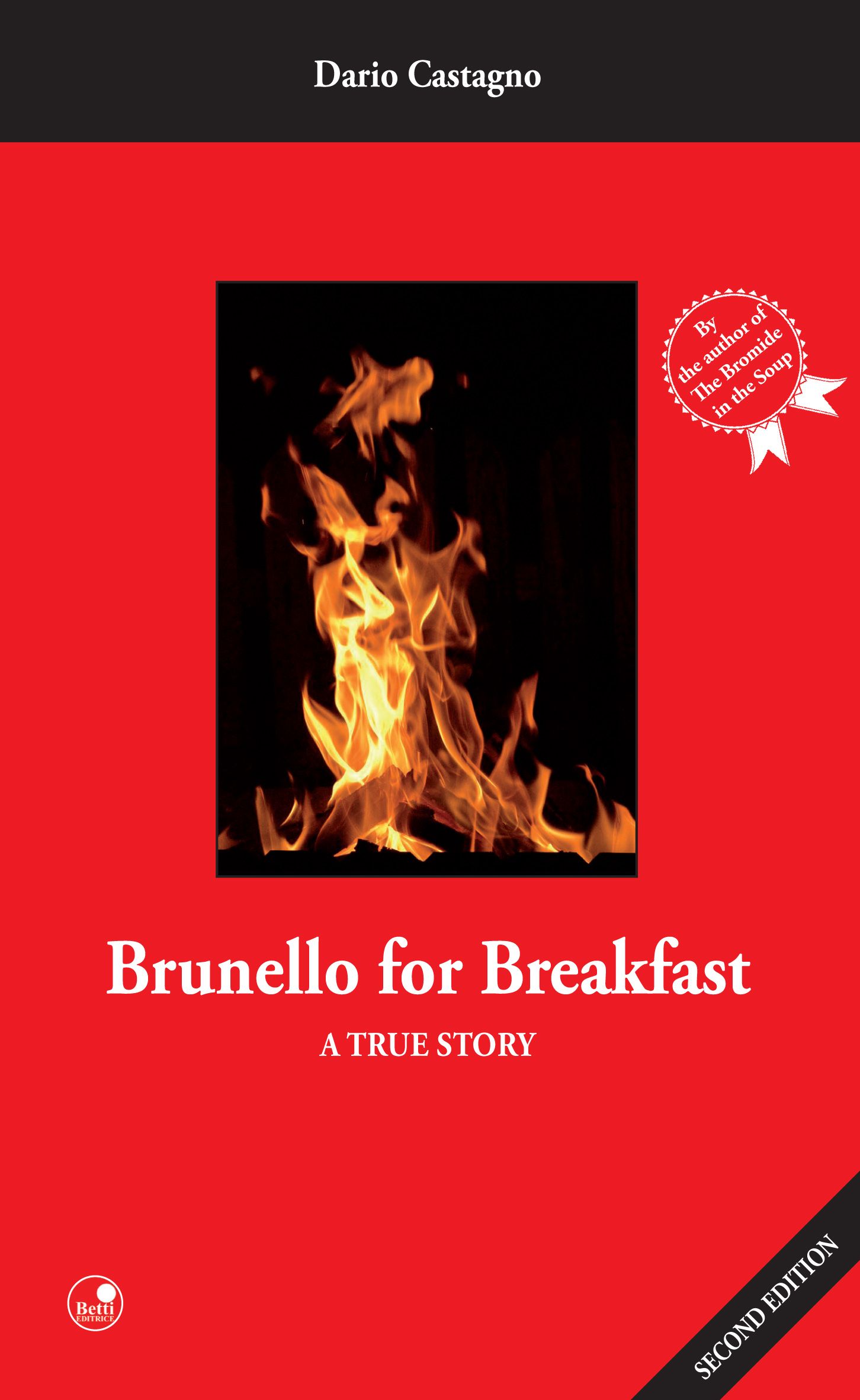 In his previous memoir, Bromide in the Soup, Dario Castagno related his adventures as a teenager beginning his obligatory military service ─ naja ─ at the firefighting training academy in Rome. In this sequel, the newly graduated Dario fulfills the remainder of his duty as an actual firefighter in his home city of Siena, where his colleagues include not only other youths fulfilling their naja, but career firefighters well into middle age, not all of whom get along famously with the rebellious, free-thinking Dario. From his rivalry with a pair of sinister twins, to his antagonistic relationship with the father of his former girlfriend (who is the reason he’s serving his naja in the re department instead of the army), Brunello for breakfast finds Dario at his wry, quick-witted best. But it also gives him an adversary that he never defeats, and learns warily to respect: re itself, and the tragic toll it can take on human lives.